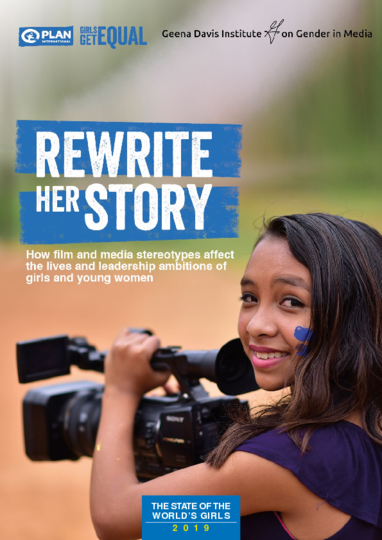 The report analysed the 56 top-grossing films of 2018 in 20 countries in North America, Scandinavia, Africa, Asia, Latin America and Europe.

The world’s most popular films are sending the message to girls and young women that leadership is mostly for men. Women leaders – be they presidents, CEOs or business owners – are far more likely to be portrayed as sex objects, shown in revealing clothing or even naked on the big screen. Research also revealed that twice as many men appeared in the 56 films and they spoke twice as much as women.

What they tell young people about the world they inhabit keeps girls and young women subservient and anxious. Female bodies are a commodity and their brains irrelevant. These stereotypes send signals to girls and boys about what they can expect and what is expected from them in their careers and in other parts of their lives.

The report is available in English, Spanish and French.