Harnessing the Power of Data for Gender Equality 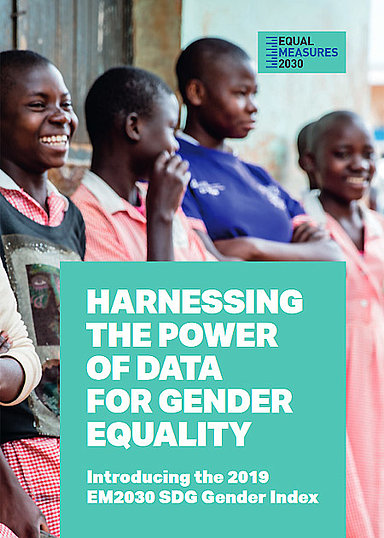 Equal Measures 2030’s 2019 SDG Gender Index – the most comprehensive SDG‑aligned gender equality monitoring tool to date – shows there is much more to do in all countries, and particularly in the poorest countries who are also facing conflict, crisis, and/or fragility. Despite the commitments made by governments, nearly 40 percent of the world’s girls and women – 1.4 billion – live in countries failing on gender equality (scores of 59 or less out of 100). Another 1.4 billion live in countries that “barely pass” (scores of 60–69 out of 100).The index shows that although many countries have achieved important milestones towards gender equality in education, health, access to basic services, and in codifying certain legal rights, much remains to be done before girls and women – across all regions of the world – enjoy full equality and the realisation of their rights.Even the best scoring countries have more to do, particularly on difficult issues such as climate change, gender budgeting and public services, equal representation in powerful positions, gender pay gaps, and gender‑based violence. The “last mile” on gender equality has not been reached in any country. Most of the top scoring countries have “poor” or even “very poor” scores on at least one of the 14 goals covered by the index. None of the 129 countries are fully transforming laws, policies, or public budget decisions on the scale needed to reach gender equality by 2030. (...)