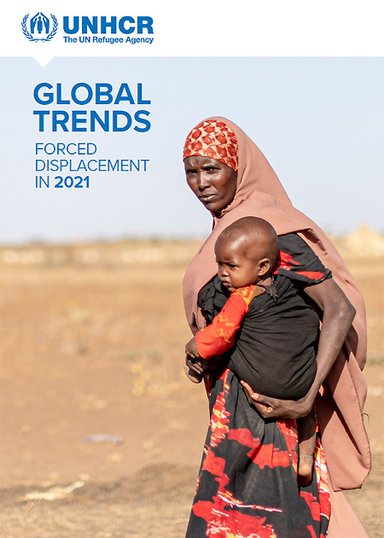 UNHCR's Global Trends report presents key statistical trends and the latest numbers of refugees, asylum seekers, internally displaced and stateless persons worldwide as well as numbers of people who have returned to their countries or areas of origin.

The report is published once a year and reflects on the previous year. The figures are based on data reported by governments, non-governmental organizations and UNHCR.

At the end of 2021, the total number of people worldwide who were forced to flee their homes due to conflicts, violence, fear of persecution and human rights violations was 89.3 million. This is more than double the 42.7 million people who remained forcibly displaced a decade ago and the most since World War II

If ongoing conflicts remain unresolved and the risks of new ones erupting are not reined in, one aspect that will define the twenty-first century will be the continuously growing numbers of people forced to flee and the increasingly dire options available to them.