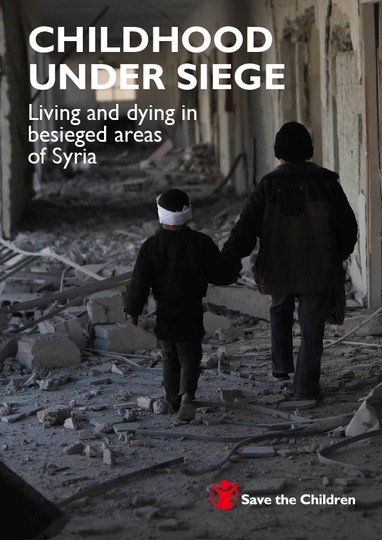 At least a quarter of a million children1 are living under brutal siege in areas of Syria that have effectively been turned into open-air prisons. They and their families are cut off from the outside world, surrounded by warring groups that illegally use siege against civilians as a weapon of war, preventing food, medicine, fuel and other vital supplies from entering and stopping people from fleeing. Amid the spiralling atrocities in Syria, these children are among the most vulnerable of all. They want the world to hear their story.

This report aims to shed light on the terrifying reality of life and death that is being endured by people – particularly children – in besieged areas of Syria, and show the urgent need for the international community to take action. Save the Children and partners have conducted 22 focus groups with 126 mothers, fathers and children living in besieged areas of Syria, as well as 25 extensive interviews with local aid groups, doctors, teachers and individuals.

Our research illustrates the horrific impact of these sieges on the lives of children: